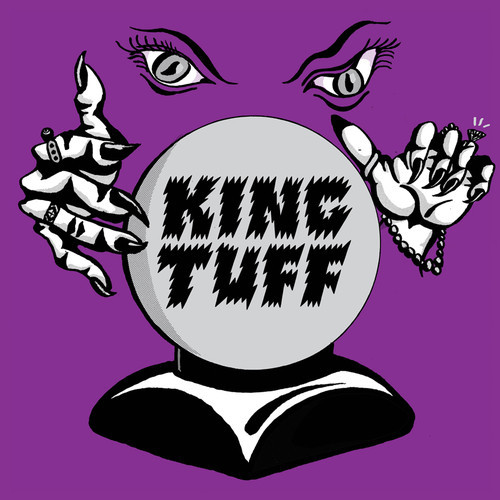 King Tuff is finally back with some new material after releasing his self titled debut in 2012 and the Was Dead reissue on Burger last year. The new album, called Black Moon Spell will be released on September 23rd on Sub Pop and by the sounds of the first song released, he’s still the king of laid back, jangly stoned garage punk.

Eyes of The Muse is staring into the moon at midnight and then back into a pair of eyes that take you on a journey that starts at the deepest depths of the sea. Blue hues meddle into rocks and weeds until you’re slowly brought back up to the moonlit shore, where grains of sand sparkle and palm trees glisten as their leaves brush against each other in the breeze. You float on top of the tree-line on a moonbeam and start ascending the hills, where trees start becoming thicker and greener while the air starts getting clearer and crisper. You rise up to the top of the highest mountain and fill your lungs with the purest feeling of unprecedented inspiration and passion. You sigh and as you blink, realise what precious entity is in front of you, a quick stare into the eyes of the muse is always enough to revolutionise today and tomorrow.

Check out Eyes Of The Muse below and Pre-Order Black Moon Spell HERE.