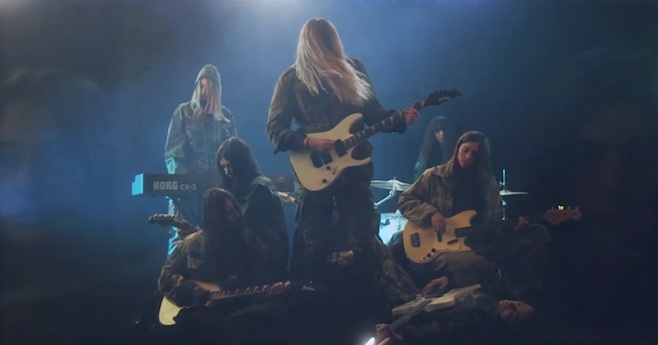 Brooklyn label Mexican Summer is celebrating its fifth anniversary by releasing a book and a 10” with collaborations from its artists. One of those collaborations is between Ariel Pink and Jorge Elbrecht of Violens, a project called Jorge Elbrose – get it?

Anyways, the video for Called To Ring  is directed by Elbrecht, on which he directed what he and Ariel Pink thought would be the ideal band to play the song. Luckily for us, this featured long-haired girls headbanging in slow motion, wearing camo and playing white instruments – kinda looks like what Tonetta would have done if he had a successful band in 1984!

Get the 10” and book from Mexican Summer here.