The Sonics aren’t in the Rock and Roll Hall of fame, they did not have number one records, and they weren’t loved by parents and children alike. The Sonics were raw, they were loud, they sabotaged their amps in order to sound more distorted, they screamed, they shouted, they incited their listeners to poison themselves and influenced every punk/grunge/garage band in the years to follow; and still do every single one of those things to this day. 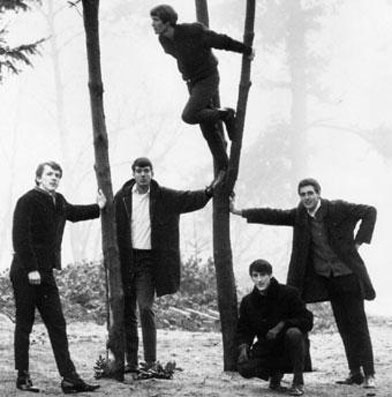 Formed in Tacoma,Washington in 1963, in the wake of other Pacific Northwest bands such as The Kingsmen and the Fabulous Wailers, the Sonics took the whole raunchiness and loudness the Northwest was famous for to another level combining it with an obsession with Little Richard and Chuck Berry, resulting in some of the most powerful music to have ever been recorded at the time.

The Sonics were brought back to life a couple of years ago by the Cavestomp festival in New York, quickly followed by their first ever performance outside their native soil, at London’s Le Beat Bespoke Weekender in 2008, after which they had a sold out European tour, only to return to London again this year for the same festival. 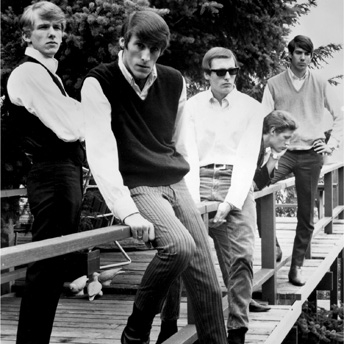 Performing to a crowd of garage-heads of both young and old, The Sonics ignited the audience with their fierce and relentless rock and roll, that would leave your ears bleeding, yet begging for more.

The first chords of  set opener “He’s Waiting”, one of their baddest songs, ignited a furious roar from the crowd, which from then onwards never ceased to move. What is most impressive about this band is that notwithstanding their age (mid-60s) they still are so tight musically and can unleash more energy than most young bands around today. The fullness of their sound, with guitar, organ, and sax all turned up to 13 made sure that my ears were still ringing well into the next afternoon, to remind me of an unforgettable evening in company of Tacoma’s finest.

Playing a set with all their classics, from “Cinderella” to “Psycho” to their infamous rendition of “Louie, Louie” (a critic at the time it was recorded commented that the song has only three chords, and they can’t even play them right).

Perhaps the highlight of the night was “Stychnine” one of their classic songs, a garage punk standard, tonight doubled in length; and re-vamped with a fantastic and more psychedelic (the Sonics were around before psychedelia and stuck to their straight forward dirty brassy R&B) guitar solo courtesy of the great Larry Parypa.

The Sonics to this day remain one of the most influential bands in the rock and roll world whether directly or indirectly and will always continue to inspire younger generations with their music as well as their antics.

Larry Parypa once stated “Everything you heard people say about us is true”; just think of all you haven’t heard about them.